The traditional summer school on low temperature plasma physics was held in the Physikzentrum in Bad Honnef and from Octobre 5th, 2019 until Octobre 12th, 2019. The PIs contributed to the lecturing program and new PhD and master students of the CRC1316 attended the school. 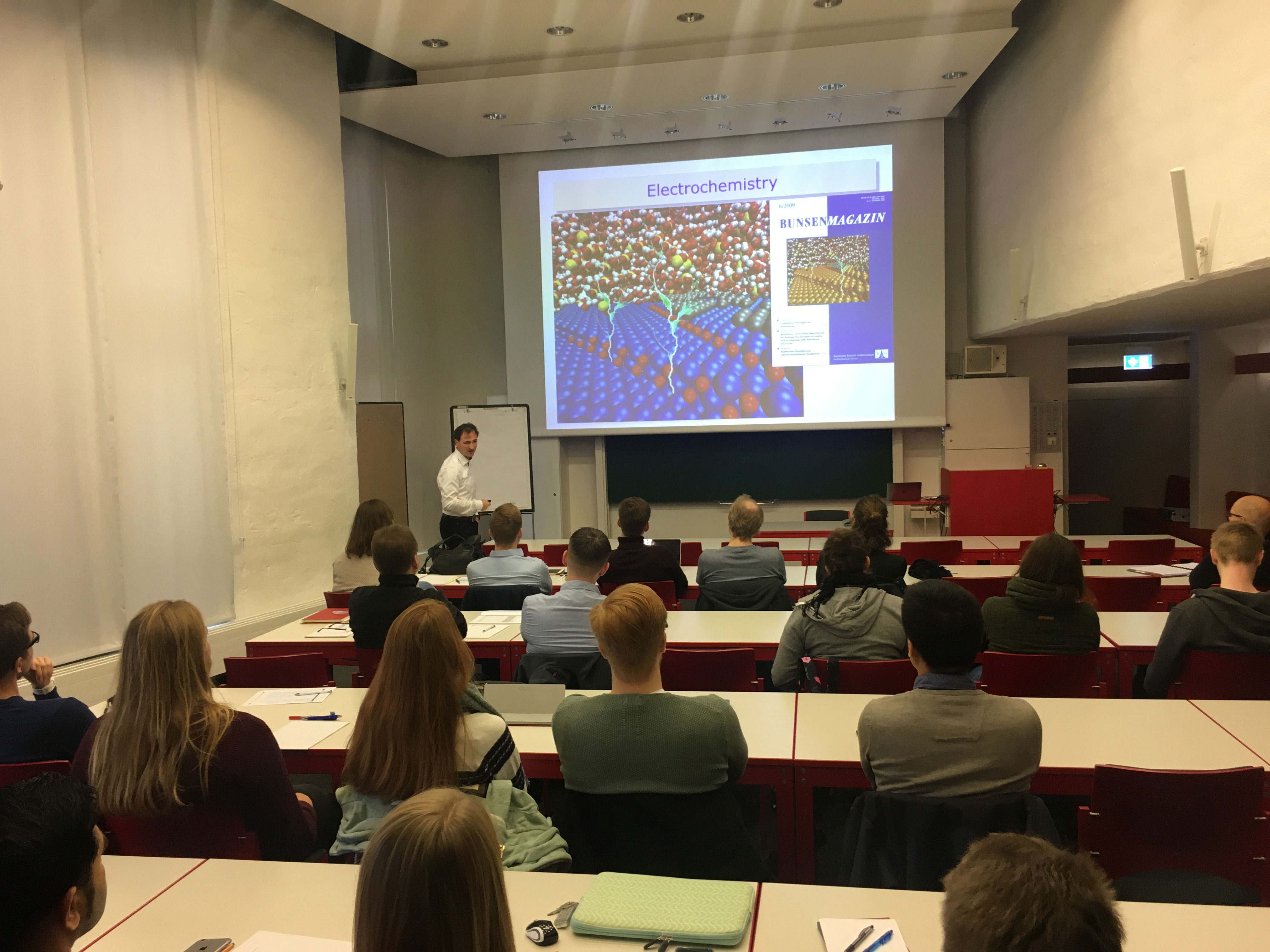 The team of the PI Timo Jacob at university Ulm organized a workshop on the basics and applications of electrochemistry. The similarity to plasma science is striking with the Debye-Hückel theory being at the core of both systems - plasmas and electrochemistry in the electrolyte. Nevertheless, important differences exist, because the boundary layer in the electrolyte in front of an electrode is much more complex than a plasma sheath region. The topics of the workshop ranged from a general introduction to electrochemistry, to methods, to eletcro catalysis up to the theoretical modeling of electrochemical processes.

The research of the CRC 1316 is based on doctoral researchers that are educated to reach a solid expertise in the very interdisciplinary field of transient atmospheric non-equilibrium plasmas and their interfaces to solids and liquids. The support of early career researchers (ECR) is targeted at the individual academic levels ranging from master students, doctoral researchers, to independent PostDocs. The ultimate goal is to generate/qualify independent responsible researchers that are embedded in an international network. This goal is realized by the establishment of an integrated research training group (MGK) consisting of lectures, training workshop, and hands-on exercises for the ECRs.

The MGK will be the central platform to build up the interdisciplinary expertise among the doctoral researchers at the interfaces between plasma physics – surface science – (surface) chemistry – biology. Doctoral researchers with a background in plasma physics are asked to attend a targeted training in solid-state physics, biology, and chemistry, and vice versa. Accordingly, doctoral researchers from other research fields join the corresponding lectures. All courses will also be open to local students as well as taught in English in order to include international students. Furthermore, these courses will serve as a local advertisement for the CRC 1316 and as a networking platform for master students and new doctoral researchers. First contact between the CRC 1316 and promising PhD candidates is made, who can be motivated to apply for a position within the CRC. These courses are also highly attractive for incoming students who are offered the whole range of welcome and orientation services by the international office of the Ruhr-Universit ¨ at Bochum prior to and upon arrival – in particular accommodation, legal advice, intercultural awareness, and access to language courses. The lectures are given by the PI or invited experts. It is also combined with some hands on exercises, which are either demonstration experiments on diagnostics, or lecture hall programming courses on available simulation tools. 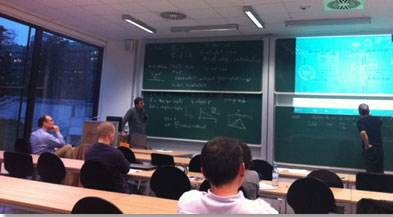 The MGK builds on the expertise from coordinating the European graduate school MC-ITN RAPID on reactive atmospheric pressure plasma science (2013-2017) as well as on the integrated training school of the SFB-TR 87 (2010- ). The training program of the CRC 1316 is complementary to that of the SFB-TR 87 dealing with low pressure plasmas, because the focus in the CRC 1316 is on atmospheric pressure plasmas and on (plasma) chemistry. The basic courses on the fundamentals on plasma diagnostics, the fundamentals of modelling, or fundamental knowledge in chemistry will be joint events of all research consortia at RUB. By continuous and long-standing development at RUB in supporting early career researchers formats like international workshops, monitoring of the ECR progress by career development plans (CDP), and annual progress reports (APR), as well as mentoring for the ECRs by PIs in academia and industry are well established procedures at RUB. 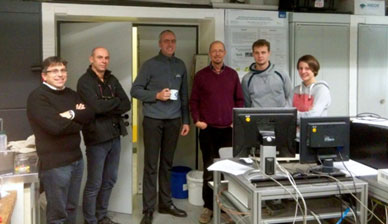 Our series of schools on low temperature plasma physics has been a great success in the last two decades. In 2018, the 22th International School on "Low Temperature Plasma Physics: Basics and Apllications" and its Master Class "Electronegative plasmas" will take place at the Physikzentrum Bad Honnef, Germany. We are looking forward to it because, once again, we are putting together a very promising program, with support of many colleagues who are willing to give a talk at the School.