Prof. Dr. Beatriz Roldán Cuenya has been awarded this year's prestigious Röntgen Medal for her research in the use of X-ray mehtodes and on the understanding of catalysis and its potential for the use of sustainable and future energy sources.

The Röntgen Plaque has been awarded annually since 1951 to scientists who have made outstanding contributions to the spreading and development of Wilhelm Conrad Röntgen's discoveries. The award recipients are chosen by the Society of Friends and Benefactors of the German Röntgen Museum Remscheid-Lennep e.V. and proposed to the Lord Mayoress or Mayor of the City of Remscheid.

The award ceremony will be held at the Röntgen Museum in Remscheid next year due to the corona pandemic. For this purpose, not only the honors will be awarded on September 10, 2022, but also a lecture program will be presented for the public and students of the Remscheid High School.

Prof. Dr. Beatriz Roldan Cuenya has been awarded the Paul H. Emmett Prize for Fundamental Catalysis by the North American Catalysis Society (NACS). Up to two researchers are honored every two years by NACS for their research in the field of catalysis. Special emphasis is placed on work focused on discovery and understanding of catalytic phenomena, reaction mechanisms, and identification and description of catalytic sites and species. The award is given to researchers under the age of 46, recognizing the achievements and strong careers of young scientists.

"Professor Roldan has made exceptional contributions to the mechanistic understanding of thermal and electro-catalytic reactions based on the use of well-defined nanostructured materials combined with advanced in situ and operando microscopic and spectroscopic characterization. Her challenging experimental catalytic research has greatly advanced our fundamental knowledge of how geometric and electronic properties influence the catalytic performance. In particular, she has provided insight into re-utilization of CO2 through its thermal or electrochemical conversions to higher value chemicals and fuels such as methanol, ethylene, or ethanol. A highlight of her research program are studies featuring the dynamic nature of nanocatalysts under reaction conditions using synchrotron-based operando spectroscopy and diffraction methods combined with environmental transmission electron microscopy. She has pioneered the combination of colloidal chemistry approaches and electrochemical synthesis for the preparation of model catalytically active materials, and their chemical functionalization and restructuring using plasma treatments. Overall, her work has served to bridge the gap between surface science and “real” catalysis by creating scalable ex situ synthesis approaches leading to monodispersed nanomaterials and exposing them to in depth physico-chemical characterization under realistic reaction conditions. Her research will help to guide the rational design of the next generation of catalysts based on atomistic understanding."

The Paul H. Emmett Prize is endowed with $5000 and a medal, which will be presented during the graduation ceremony at the banquet of the Society's next meeting. At this event, both award winners will give a lecture.

PI Dr. habil. Julian Schulze has been elected as GEC Executive Committee Chair with the tenure beginning 10/2020. The Gaseous Electronics Conference (GEC) is a prestigous plasma science meeting of the APS, which is organized annually usually in the US.

Prof. Dr. Beatriz Roldán Cuenya was elected as a new member of the Academia Europaea in August for her outstanding achievements and commitment to the European science and research network. The director of the Department of Interface Science at FHI Berlin was selected for her contributions to fundamental understanding about nanostructured surfaces and heterogeneous catalysis by nanoparticles. Her work serves as a guide to the design of efficient catalysts with extended lifetimes and has contributed profoundly to the knowledge of nanocatalysts and their mechanisms of action for chemical processes, for example in the field of thermal and electrochemical conversion of CO2 to higher-value fuels and chemicals.

The Academia Europeanea is a society founded in 1988 to support the research community, create European partnerships and promote scientific excellence. New members are admitted to the society annually after a nomination process by existing members and rigorous peer-review process.

Dr.-Ing. Schmidt is awarded for his outstanding dissertation

Technical plasmas are among the things that have a significant influence on the world around us, without many people knowing about it. "You can, for example, process surfaces with plasmas; but they are crucial in the production of modern computer chips, which are built into almost all modern technical devices - from cars to smart phones," explains Frederik Schmidt. "A better understanding of this technology leads to innovations that make our lives easier, network people and shape our future.

In his dissertation, he investigated how the energy gets into a plasma. The path from the power socket to nanometer-sized semiconductor tracks is being investigated by various specialists and is in part well understood. Frederik Schmidt has brought together two of these specialist areas: the electrical network between the power socket and the plasma on the one hand, and detailed plasma simulations on the other. This makes it possible to investigate the relationship between the two. "For example, I have looked at the paths along which energy flows and how much is lost on its way into the plasma. That is sometimes quite a lot," says the researcher. The results help to make systems and superstructures more efficient and thus more economical and ecological. In addition, he has developed his own electrical network that can be implemented for certain applications with considerably less effort and losses than before. "I was able to show theoretically that this works. Colleagues in France were then able to prove in experiments that it is also practically possible to build something like this," says Schmidt.

Christoph Stewig was awarded with one of the three poster prizes at the bi-annual conference on plasma technology in Cottbus.

Dr. habil Julian Schulze has been appointed as Visiting Professor at Dalian University, China. He collaborates mainly on the analysis and modeling of radio frequency discharges at low and atmospheric pressures. 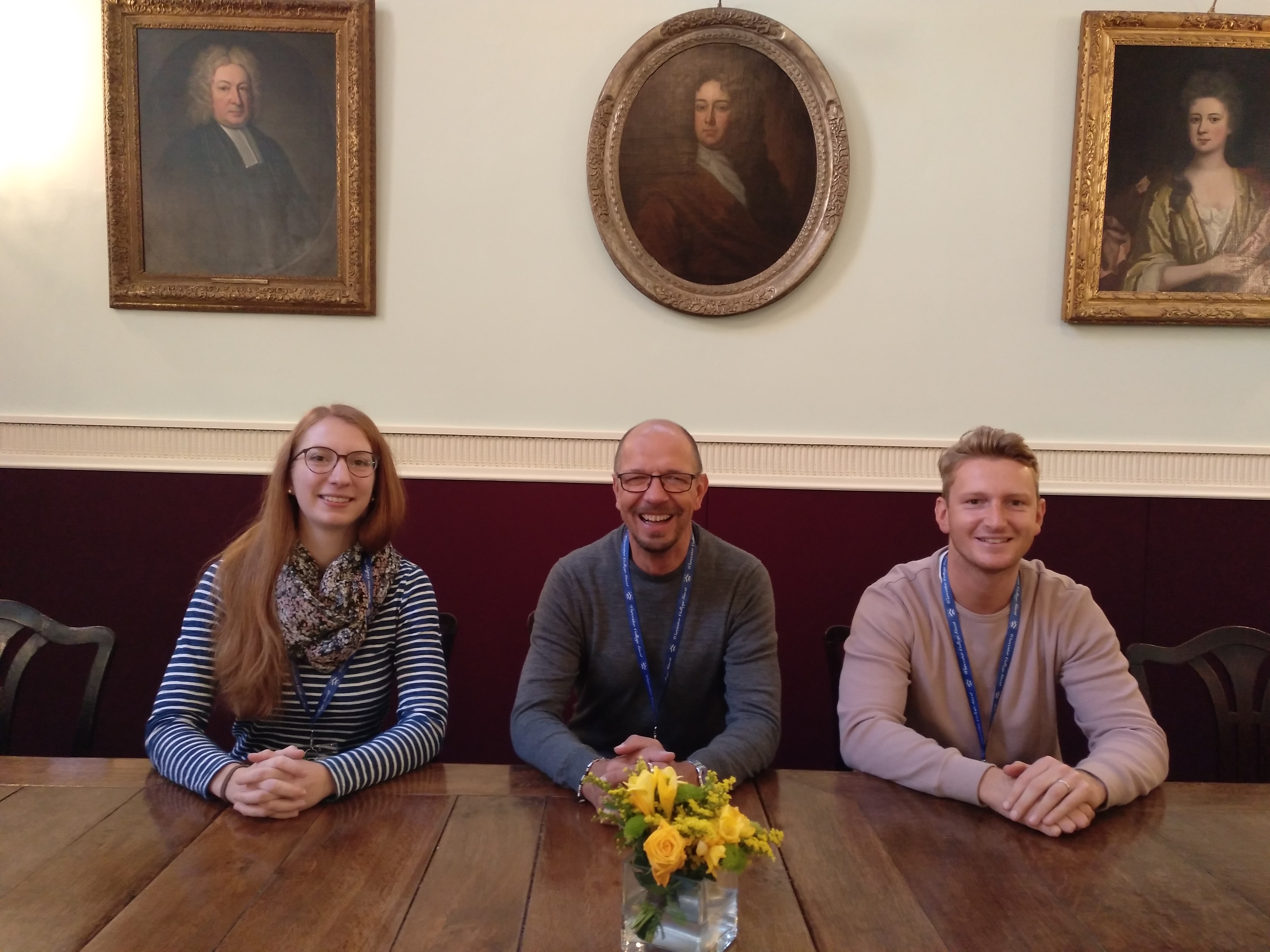