Prizes in the Faculty of Physics and Astronomy 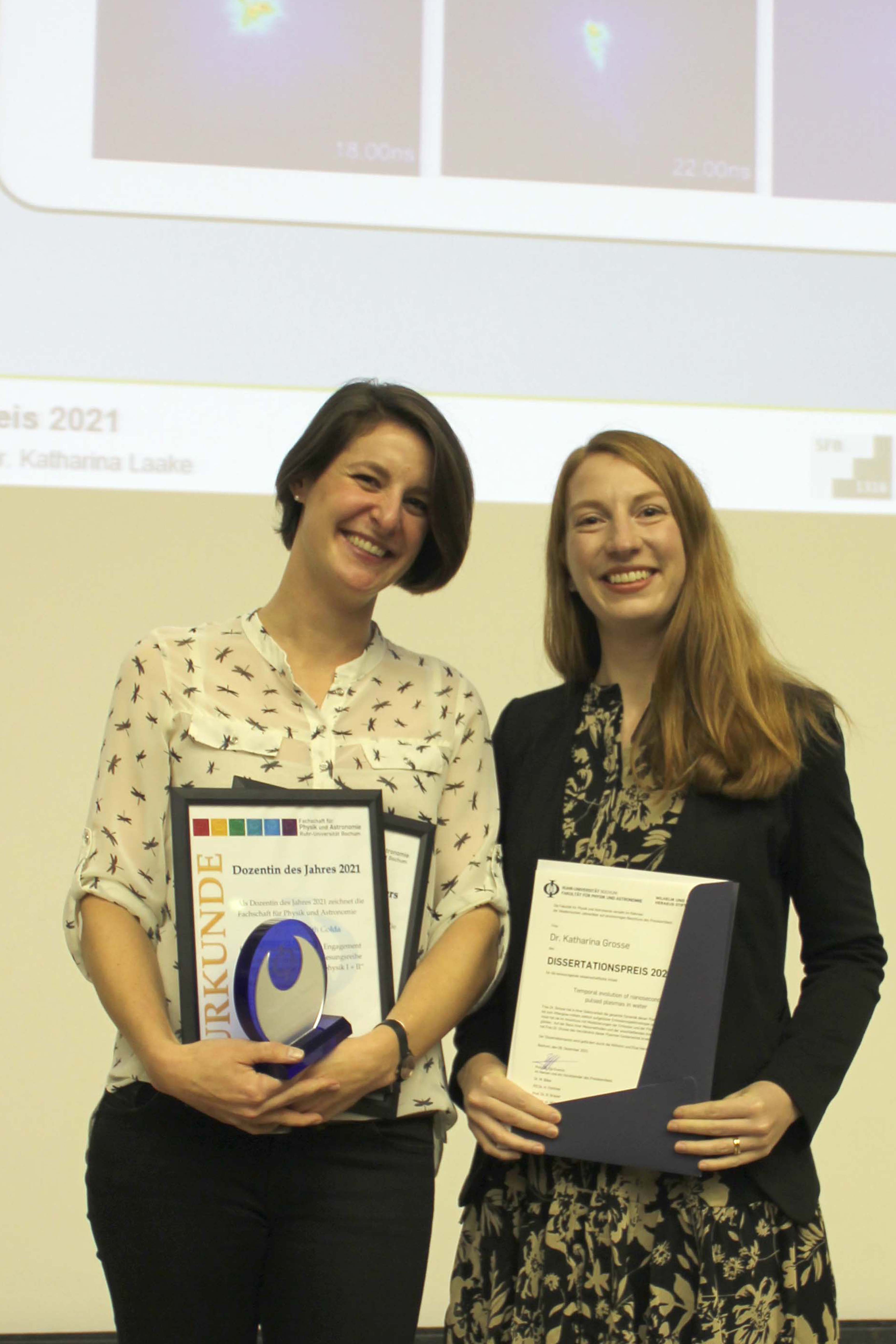 The Chair of Experimental Physics II is honored to host the faculty celebration of the Faculty of Physics and Astronomy.

Maike Kai from the CRC 1316 and Philipp Maaß lead through the event. Moreover, the dissertation award of the Wilhelm and Else Heraeus Foundation goes this year to Dr. Katharina Laake.

Finally, Judith Golda (projects A6, B2, and B11) won the prize for the best lecturer of the past semester!

Congratulations to both on these awards! 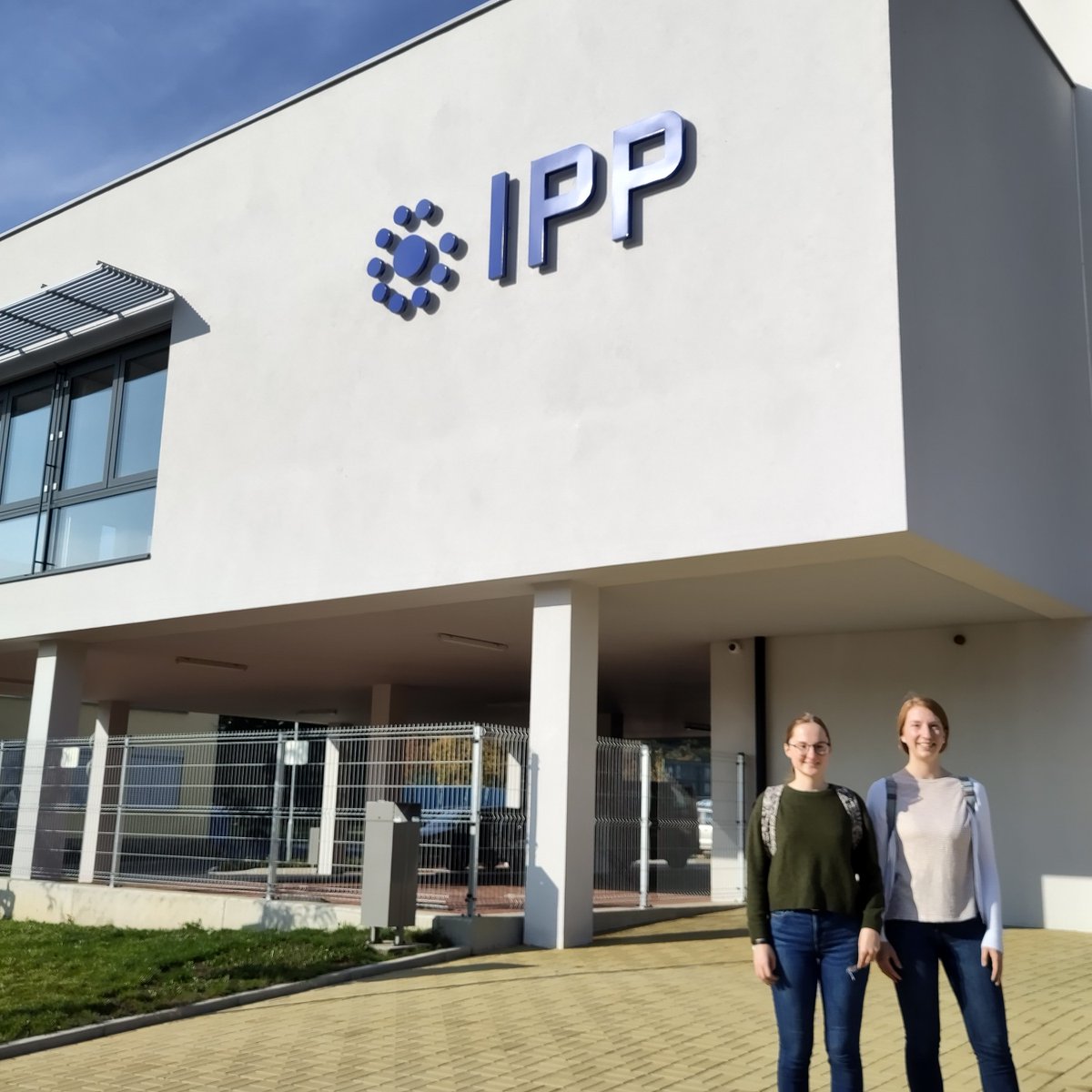 Pia Pottkämper and Katharina Laake from project B7 (SFB 1316) visited the Institute of Plasma Physics of the Czech Academy of Sciences from October 17th-19th. After the previous stay of Petr Bílek from October 12th-13th, they were invited to visit their labs and discuss about recent research of nanosecond pulsed plasmas in liquids. According to that topic, Katharina Laake gave a talk dealing with the “Temporal evolution of nanosecond pulsed plasmas in water” during their stay.

After two years of social distancing and online meetings, 2022 will be known as the year that gave rebirth to on-site conferences. Since the beginning of the year, many conferences have returned, and so has the GEC (gaseous electronics conference). From Monday (Oct 3rd) to Friday (Oct 7th), the international low-temperature plasma community met in Sendai, Japan. As the organizers would not get tired of emphasizing, they were hyped about finally realizing an in-person event again. The community shared this enthusiasm.

Almost six hundred papers were presented to five-hundred-fifty participants- the third most papers within the last ten years- and an attendance comparable to online events. Another notable statistic of the conference is the high count of students. Half of the participants were students, which included Ph.D. students as well as undergrads. With thirty-three contributions, a large group from Bochum and the SFBs attended GEC. Similar to the conference, this group had a dominant share of Ph.D. and undergrad students.

At least four parallel sessions were conducted to fit the numerous contributions into the five days available. Scientific highlights of the conference were the workshops conducted on Monday and the price talks; given on Wednesday. Professor Toshiaki Makabe received the "Will Allis Prize'' to acknowledge his life's work in plasma science, and Professor Masaru Hori received the "Reactive Plasma Award'' for his research. In terms of success, the SFBs, SFB-TR87 and CRC1316, did not fall too short in comparison. Andrew Gibson, Lars Schücke and Jan Trieschmann (former two CRC 1316, latter SFB-TR87) were invited to present their research. Julian Schulze (PI in both CRCs) chaired and organized the GEC, and five people from the consortia were chosen as session chairs.

Moreover, two outstanding performances have to be mentioned. The respective committees priced the oral presentation of Tobias Gergs and the poster presentation of Arisa Bodnar. Tobias Gergs is a member of the SFb-TR87 and got awarded the "Student's Excellence Award". Arisa Bodnar presented her Bachelor thesis, which she did in the frame of the CRC 1316, and received the "Student Poster Price". All in all, the large share of people and their valuable contributions caused the SFBs to impact the conference meaningfully. 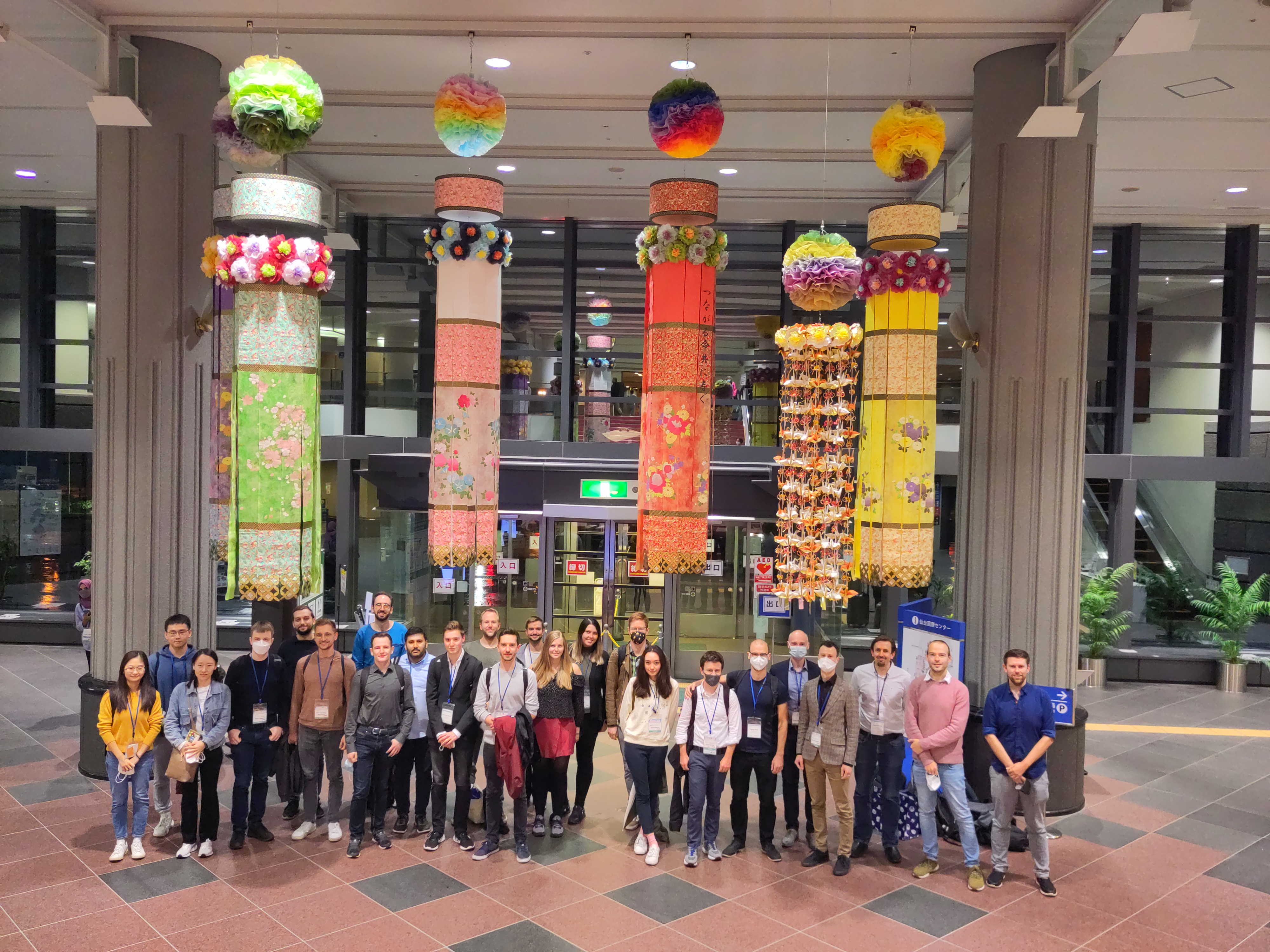 The wholesome and successful experience is reflected in the happy faces in the picture above. 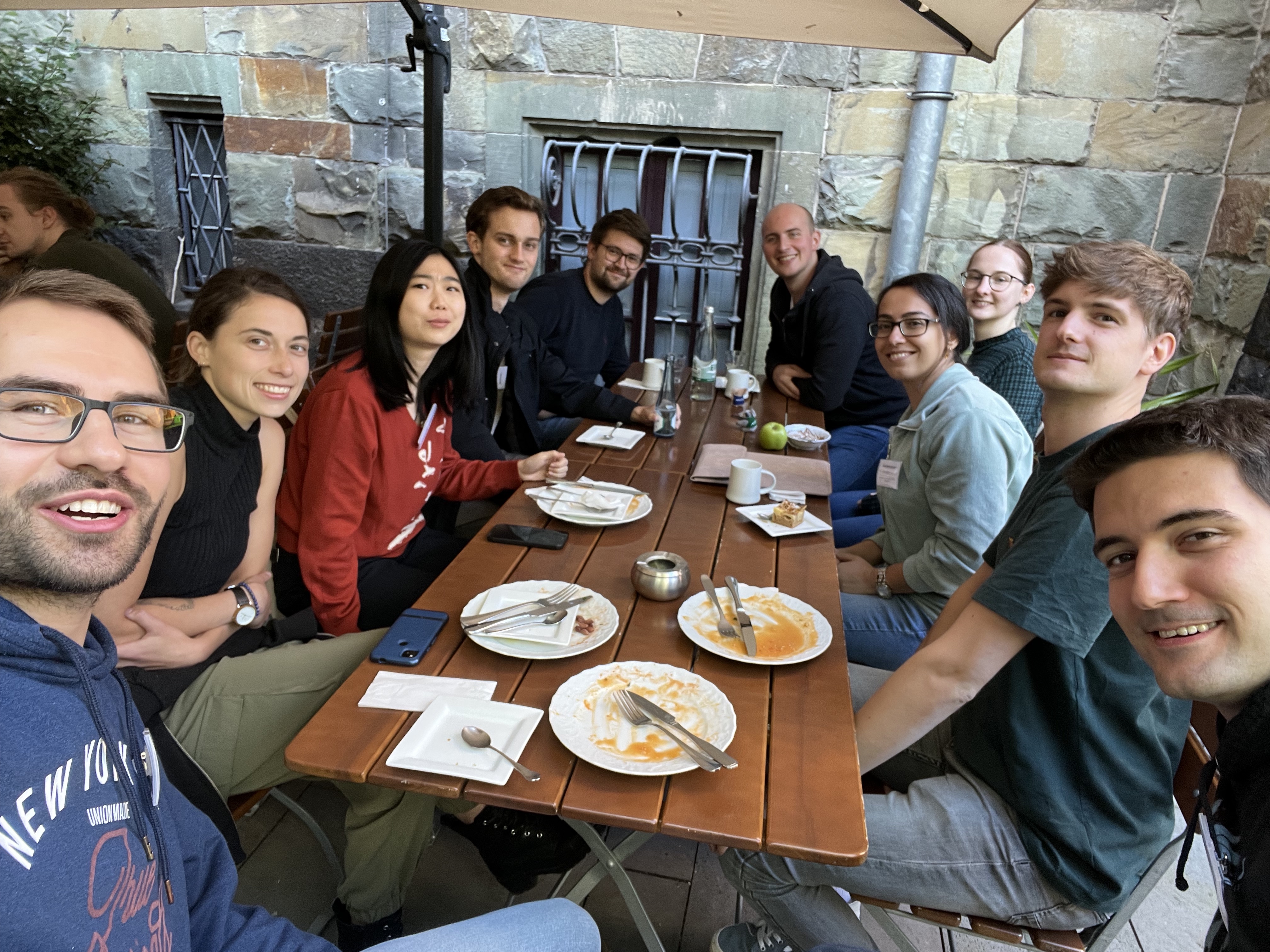 A large group of ten people from the SFB 1316 consortium participated in the 25th International School on Low-Temperature Plasma Physics. To deepen their knowledge of plasma science and technology, the PhD students from Bochum and Ulm attended the plasma school for one week. In addition to lectures, the school's program also included workshops and poster sessions.

The PSE conference 2022 was held again in Erfurt in person. The CRC 1316 was represented by Achim von Keudell (projects A3 and B7). He held a plenary talk about diagnostic challenges in HiPIMS. Simon Kreuznacht (Carbon2Chem) gave a talk in the trend workshop 'plasma in gas conversion'. This conference with 550 attendees focus on applications of plasma technology for material processing and modification.

From August 21 to August 25, the 17th International Symposium on High Pressure Low Temperature Plasma Chemistry (HAKONE XVII ) was held in the south of the Netherlands in the former Abbey Rolduc. The symposium is devoted to the fundamentals and applications of non-thermal plasmas and their chemistry at elevated pressures.. Judith Golda from the CRC 1316 gave an invited talk on "Cold Atmospheric Pressure Plasmas for Plasma Catalytic Applications: Characteristics, Constraints and Challenges". 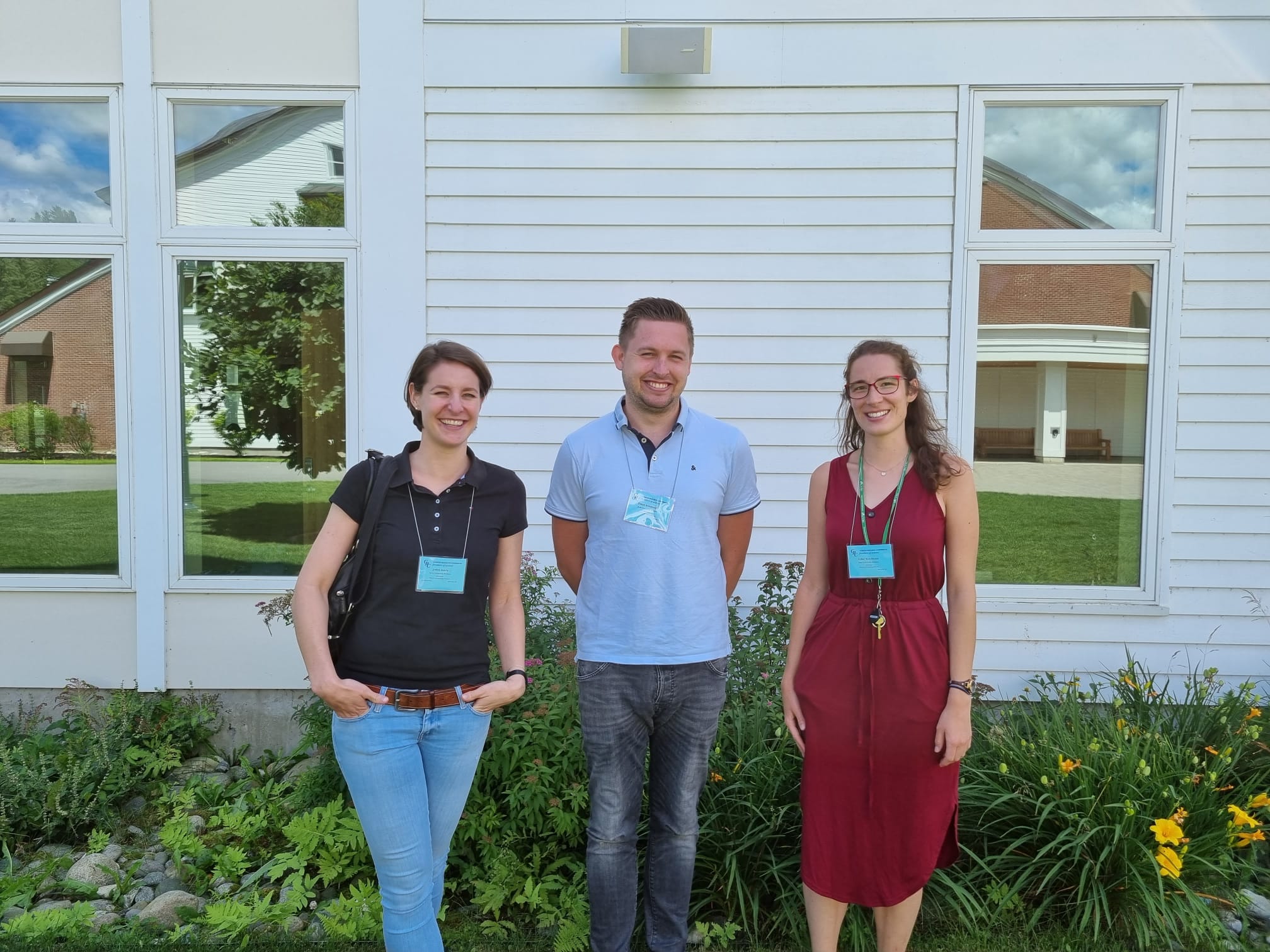 From July 23rd to July 29th the Gordon Research Conference and Seminar on Plasma Processing and Science was held in Andover, New Hampshire. The conference focused on plasmas and their interactions with matter while the seminar focused on investigating multiphase and multiscale plasma-material interactions. Judith Golda from the CRC 1316 had a talk on "State enhanced actinometry in atmospheric pressure discharges". Furthermore, she organised the so-called "Power Hour" at the GRC - an event to raise awareness of the challenges in the field of minorities in plasma physics. 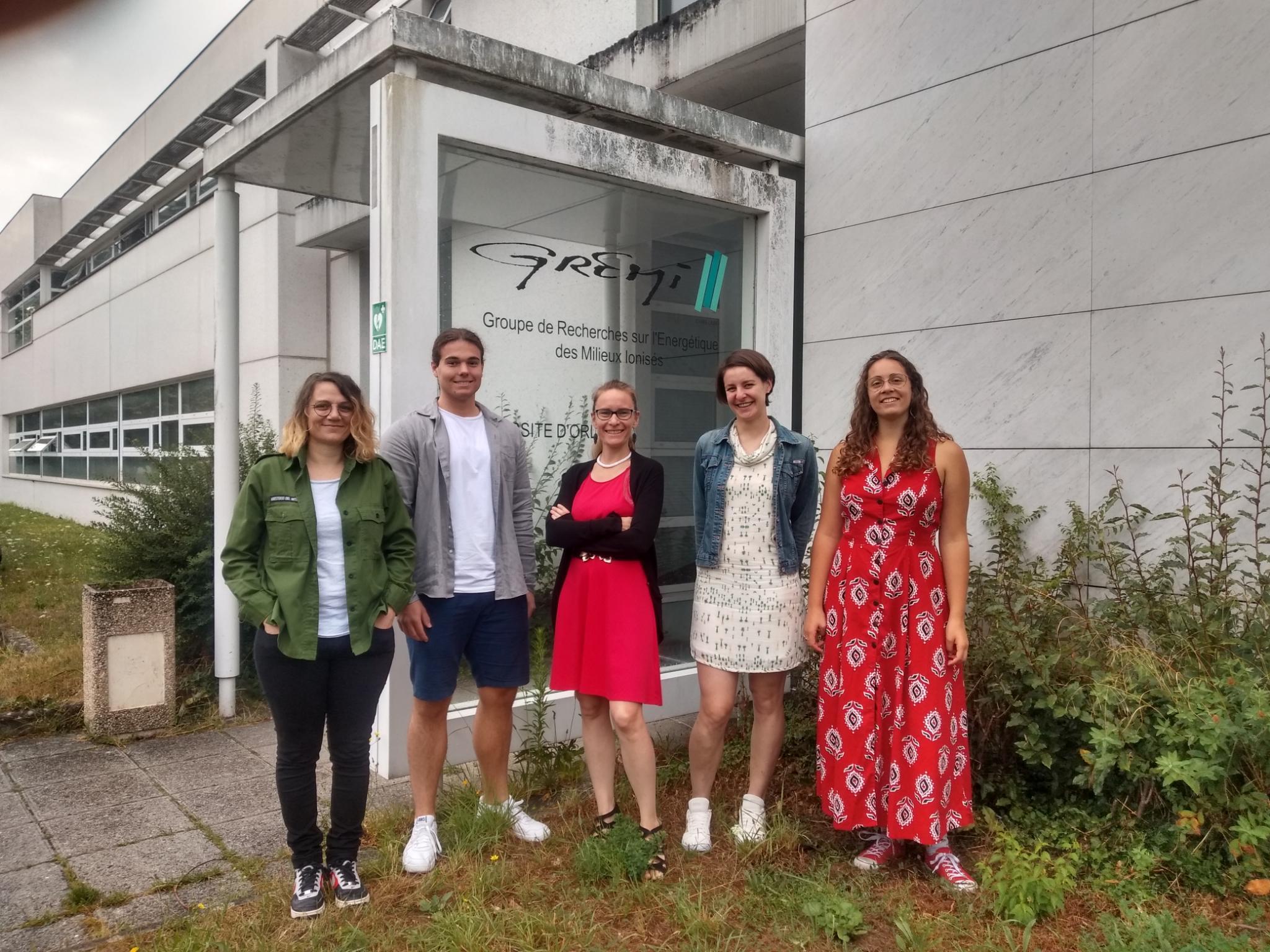 From 18 July to 29 July, Jun.-Prof. Judith Golda, Dr. Laura Chauvet and Daniel Henze from the CRC 1316 were guests in the laboratory of Prof. Claire Douat at the GREMI in Orléans. In a joint measurement campaign, two different atmospheric pressure plasma jets were being tested. They measured the production of CO at different operating conditions with a gas analyser. This trip was funded by the DAAD as part of a PROCOPE project to improve cooperation between RUB and GREMI.

Dr. Laura Chauvet received the poster award for the best poster for her contribution "mass spectrometry measurements of plasma catalysis conversion of n-butane at atmospheric pressure" at the Plasma Catalysis Meeting in Liverpool, UK.

The CRC 1316 research data management activities are announced via this homepage. It is also possible to book an announcement via eMail, so that all announcements will be sent to you automatically. If you would like to subscribe to the newsletter, please fill out the following form:

Four research members of the CRC 1316 join the 9th International Conference on Plasma Medicine (ICPM9). Today, Sebastian Burhenn talked about the 'Impact of humidity on the OH distribution in the effluent of the COST-Jet measures by laser induced fluorescence'. Another highlight is the plenary talk of the CRC PI Julia Bandow on 'Plasma-driven biocatalysis: challenges and opportunities'.